The Radimlja necropolis is located in Vidovo polje, three kilometers west of Stolac, on the Stolac - Čapljina highway. Whoever crosses this route must notice 133 tombstones that have preserved up until today. There used to be more of them. Presumably around 20 tombstones of the monument was partly destroyed during the Austro-Hungarian rule and the construction of that road. The necropolis was cut in two with one part of the tombstones stećci on one side and the other below the road. 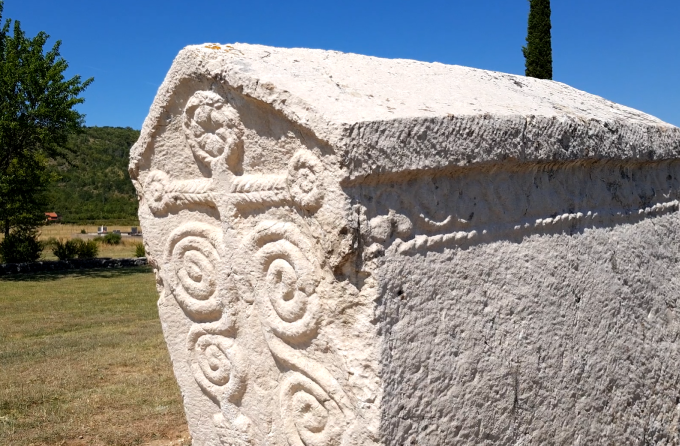 In percentage, this is one of the most decorated necropoli. There are even 63 tombstones that are decorated with a wide range of ornamental motifs. The symbol of this necropolis in certainly a male figure with unnaturally enlarged right hand raised, while his left arm is leaning on his side. Most common motifs surrounding this image are a bow, arrow, sword or shield, thus the image of a man is usually interpreted as the warrior. The composition occasionally includes a graphic image of a circle – full moon. As stated in some interpretations, the moon is a pagan symbol of the afterlife. Some of the more recent theories link this motif with the image of Saint Vid, with the justifying arguments reflected in the local toponymy. The necropolis is located in Vidovo field, the river Bregava was called Vidoštica in the Middle Ages, Stolac fortress is also known as Vidova (Vido's) fortress, the spring near the necropolis is called Vidoštak. 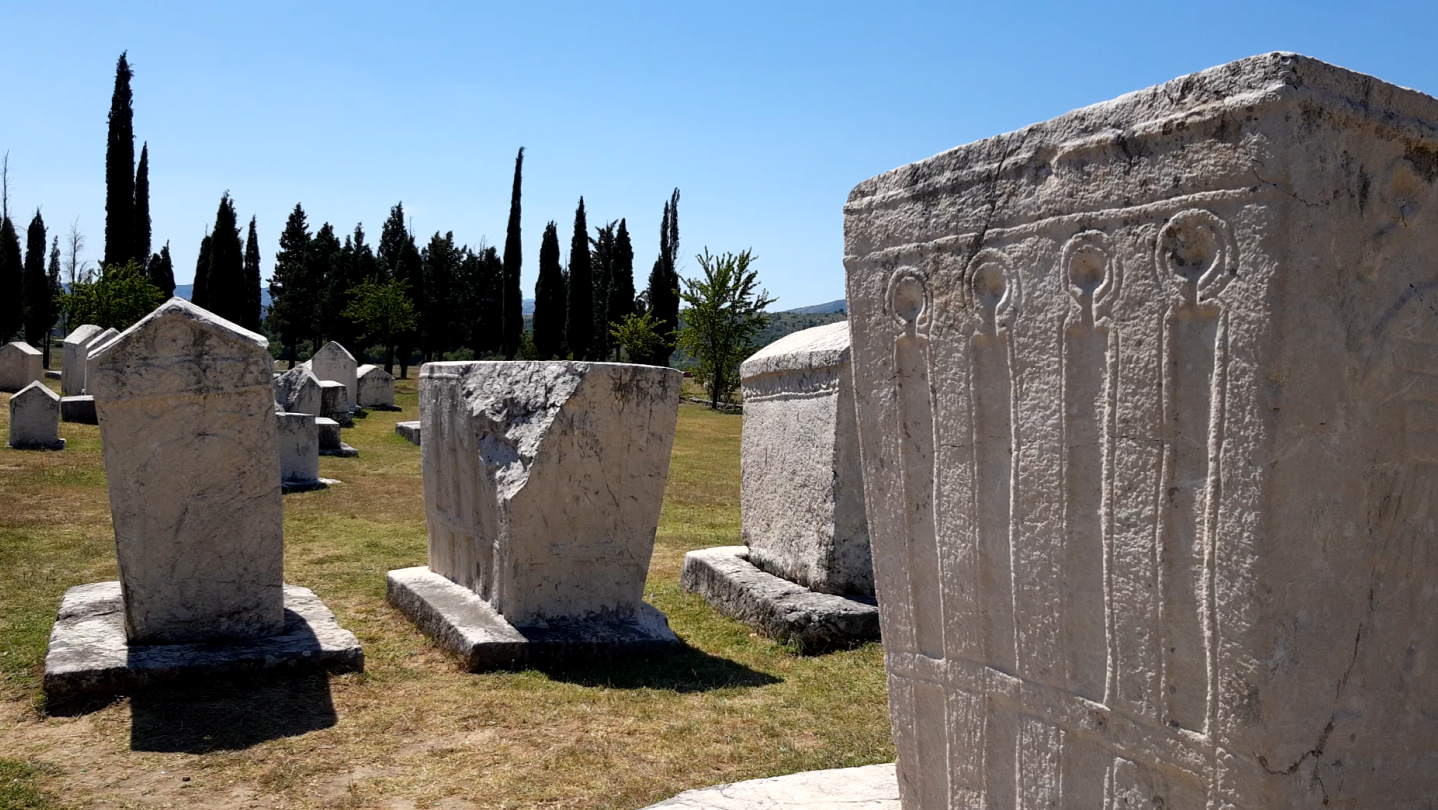 This necropolis includes five tombstones with the inscriptions written in Bosnian Cyrillic (Bosančica). Batonoge, the authentic name of the necropolis and its origin can be found hidden in these lines. The inscriptions are short and concise, revealing only basic information about the deceased, their relatives or the blacksmith who carved the tombstone stećak. Here are the inscriptions:

The inscriptions report that the members of Vlach katunars of Miloradović Hrabren were buried here, on their legacy.

Radmilja is today regarded as the most beautiful and certainly most famous necropolis of them all. Mehmedalija Mak Dizdar, one of the greatest poets of Bosnia and Herzegovina, dedicated his verses to this necropolis. Her monuments stand as a loyal witness of the ages when both life and death were portrayed in a monumental tombstones defiant to this earthly impermanence.